Join us and cruise the Gulf Coast Highway with Deep South singer, songwriter Lucinda Williams as she talks about her connection with traditional music, her writing style and sense of place. Plus, Lafayette, Louisiana R&B chanteuse and pianist Carol Fran comes by the studio for conversation and a special live set. There’s also great music from Johnny Cash, Cassandra Wilson and Gatemouth Brown.

We visit with two pianists and men of music, each eccentric in his own right. Since the early ’70s singer, songwriter and piano player Tom Waits has gone from anachronistic barfly and lounge singer to avant-vernacular iconoclast. Twentieth century jazz legend Dave Brubeck made his name by using odd, unconventional time signatures back when jazz was for dancing. And we radiate the 88s with some of the best piano music around.

THE SOUL OF MARTIN LUTHER KING

We visit with two great performers who carry on the legacy of MLK in life and spirit. First, the great songwriter, arranger and performer Isaac Hayes – who defined R&B for a generation – recalls his participation in lunch counter sit-ins and Memphis protest marches, and integrating the Stax office staff. And ’60s soul singer “Able” Mable John talks about recording strong statements like “Stay Out of the Kitchen,” and “Don’t Hit Me No More” as well as her work now as a minister in Los Angeles.

Music as literature—a concept explored by songwriter, singer and guitarist Laura Cantrell, who joins us to talk about her picaresque journey from Nashville to New York. And writer, cultural critic and Boston Boy Nat Hentoff recalls his famous associations from Charles Mingus to Billie Holiday, and why Charlie Parker loved country music. Plus Delhi, LA soul man Toussaint McCall talks about the writing of his magnum opus “Nothing Takes the Place of You.” Country, jazz, blues, R&B and more come together for this hardcover edition of American Routes. 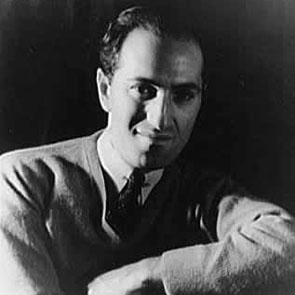 This two hour tribute maps the Route to Genius for this great American composer. We’ll speak with those that know his work and perform his work about Gershwin’s relationship with klezmer and the blues, his work for the stage, and his place in the American soundscape. Plus hear great versions of Gershwin’s enduring tunes in jazz, country, the blues and more.