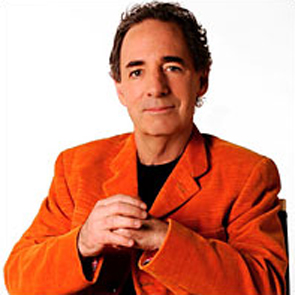 FROM THE SHOW: KATRINA: 10 YEARS AFTER THE FLOOD

From the show "Katrina: 10 Years After the Flood" originally aired on August 26th, 2015

FROM THE SHOW: APRIL FOOL'S WITH HARRY SHEARER

From the show "April Fool's with Harry Shearer" originally aired on March 29th, 2000

FROM THE SHOW: APRIL FOOL'S WITH HARRY SHEARER

From the show "April Fool's with Harry Shearer" originally aired on March 28th, 2001

KATRINA: 10 YEARS AFTER THE FLOOD

How has New Orleans fared in the decade since the levee breaks in the wake of Hurricane Katrina? Trying to answer the question, we listen back to the music and musicians who helped the city's culture to stay afloat, including Allen Toussaint and Irma Thomas. Also scenes from the Superdome roof, where workers repaired of a 9.7 acre hole, and Cajun musicians Michael and David Doucet on a 100 years of hurricanes. Finally humorist Harry Shearer and Creole bandleader Deacon John talk today about their hopes for New Orleans' tomorrow, as the landscape of culture and economy changes.

It's been 5 years since American Routes first hit the airwaves, and we're celebrating! Hour 1 highlights include well-wishes from listeners, anniversary songs, and great conversations over the years with Ray Charles, Willie Nelson, the late Jerry Garcia, Norah Jones, Dolly Parton and Harry Shearer (of The Simpsons). Devoted fans will be amused by a look at our retro selves, and new listeners can hear how this all started! Hour 2 is our 5th Anniversary concert at the House of Blues, with New Orleans greats Irma Thomas, Frogman Henry, Kermit Ruffins and Henry Butler, and special guests Shemekia Copeland and Keb' Mo'.

Tomfoolery and trickery for April Fool's! We examine several hoaxes in the history of American music including the strange story of faux blues man Otis 'Elevator' Gilmore. We'll also investigate the market of finger traps and hand-buzzers from an old-timer in the joke shop business. Comedian Harry Shearer drops in for visit with tales of his role in an Abbot and Costello movie, his days with the band Spinal Tap, and his current role as voice master for The Simpsons. Plus music from Spike Jones, Eric Dolphy, Jonathan Richman and Aretha Frankin.

Tomfoolery and trickery for April Fool's! Host Nick Spitzer's chair is grabbed by pretenders seeking to impose their own music mix. Spitzer reclaims power in time to revisit several hoaxes in the history of American music and radio.