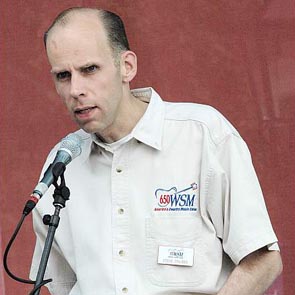 From the show "Nashville" originally aired on November 30th, 2011

Grand Ole Opry stage announcer, radio man and bluegrass musician Eddie Stubbs made his name as a bluegrass DJ on Washington, D.C.'s WAMU before moving to Nashville at the behest of Kitty Wells. Within five days, Stubbs had landed the announcer's post at the Opry, which he attributes to "God's will." Stubbs is a staunch traditionalist, keeping old-time country music alive in everything he does.